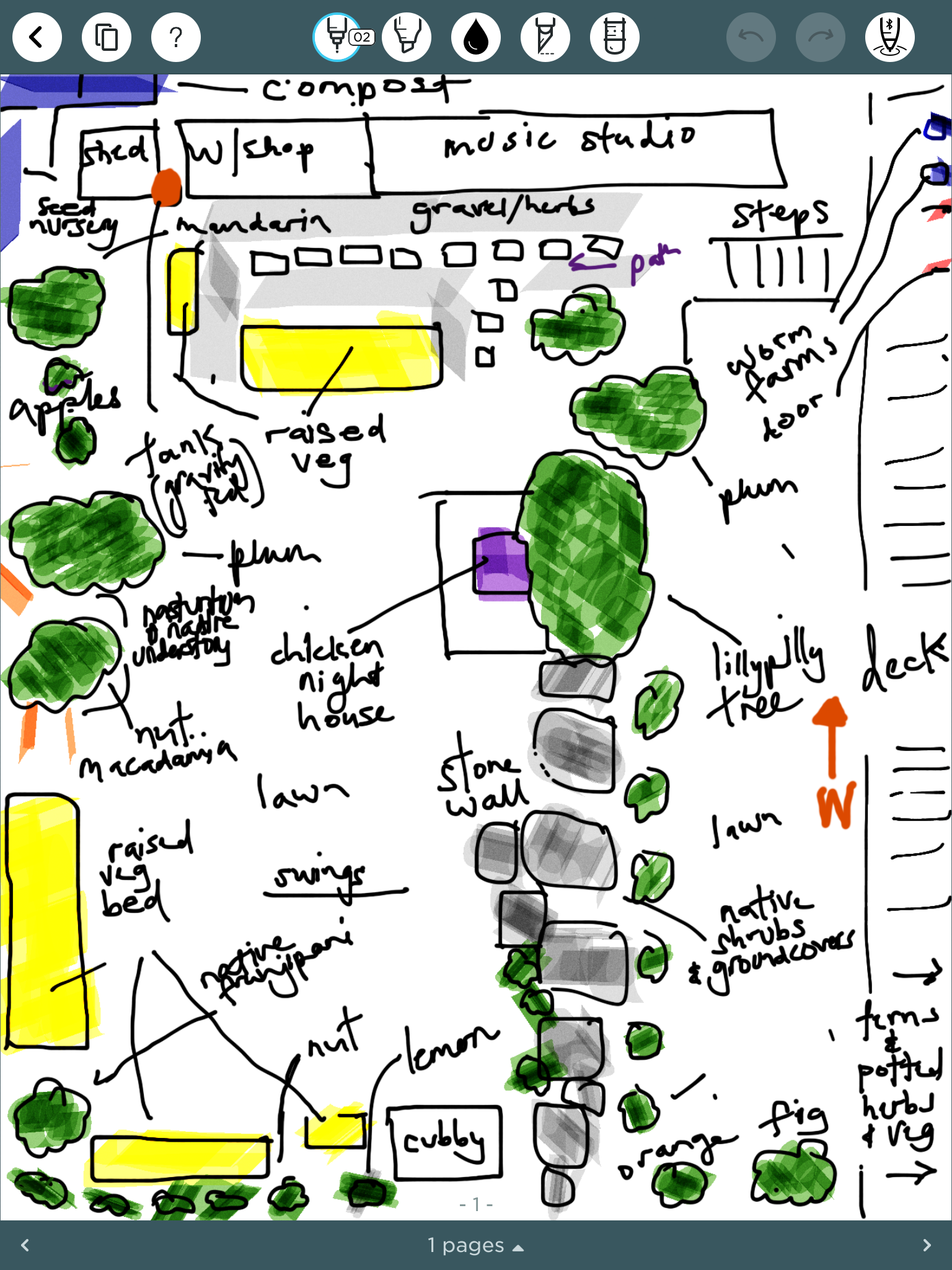 The chicken coop is located in shadiest spot of the garden, on the lower level, underneath a large lillypilly tree.  This is also a favourite climbing tree for our children. I like the feel of this as the central point of the garden, and there are tomatoes shoved in underneath the plum tree nearby, and anywhere there is a spare space, so the edges are suitable mixed.

With temperatures at the moment over 40 degrees for many days in a row, shade is really important for chickens, so having the tree as shelter was obvious, but the location decision was made simple because there was no room anywhere else.

With the chickens now involved in the garden, planting around their coop for shade is important (currently using hessian and shadecloth attached to the wire) as the summer sun rises over the hills in the east then bakes both levels of our garden.

So my thinking is a comfrey border around the chicken yard, and much more vertical space for climbing fruits and trying out some berries. Also mulching over the invasive lawn on the lower lever and putting in more raised beds at some stage would be great.

The south-eastern corner is the wild zone. There are native trees, and some drought tolerant plants including hollyhocks, protea, native violet and grasses that provide sheltered passage from the moss-rock wall where blue-tongue lizards are often seen. You can often hear and see them crunching over dry leaves going to and fro. Between the rocks are tough plants including natives like wooly bush, running postman climber alongside pincushion and king protea to attract birds.

The only struggle is the baking hot summer sun on the raised veggie beds, so insulating them a little is in my thoughts too. The two beds that are wicking beds fair better in the south-eastern corner, but the one near the gravel garden struggles.

I feel very contented now the chickens are here, no eggs for a little while yet, but their personalties are already making a huge impact.

And… the fig tree we planted into a barrel has baby figs!!