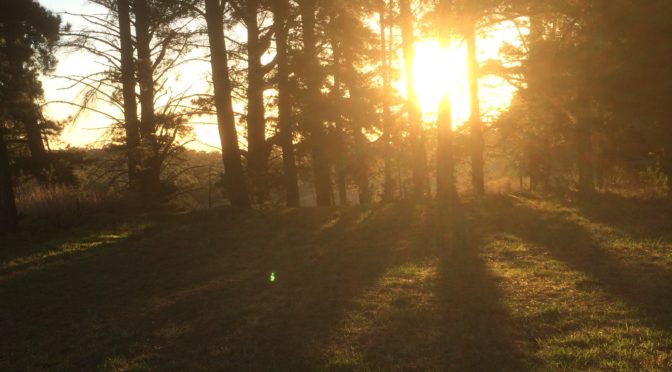 I discovered Charles de Lint books when I really needed to.

It was 1995. I was an undergraduate uni student, studying librarianship and majoring in literary studies. I had never imagined going to university. No one in my family had been. I was shy and scared of people. I felt a sense of awe and terror that I was actually studying James Joyce and Chaucer listed buildings in the city. I also felt very so very out of place there. I thought someone was going to wake me up and tell me there had been an admissions mistake. I even began to have panic attacks on the way to Middle English literature tutorials because I didn’t feel good enough to be there.

Struggling financially to afford textbooks,  living at home and travelling into the city each day to study books felt like a fanciful luxury. An income would have been preferable to help our household. I needed work to stay in uni, at a time when part-time jobs were hard to find in Adelaide.

I had always dreamed of working in a bookshop.  I could be brave in writing, so I wrote to all the bookshops in the city and told them how much I wanted to work there. I received lots of rejections.

However, for one shop, the timing had been perfect. I met the bookshop owner and soon had my own set of keys to the shop in my first job! It was an hour on the bus which gave me plenty of time to read two novels a week. I had taken on an extra literature subject at uni so that I could study more genres.

Every minute of the day was about books!

The book shop I worked in itself wasn’t fancy. It had red carpet, trestle tables stacked with books and chipboard shelving around the edges. It was a small business in the city, run by a mother and father who had a baby daughter. It was partly a remainder book shop. The owner would sometimes travel to the UK to buy remainders and bring them back to Adelaide to sell. Our collection is what made us. If you could look beyond our lack of high-brow atmosphere, you could find sought after quirky titles, gorgeous art books and hard to find gems. We had a loyal band of customers ranging from bargain hunters, people just waiting on a bus, to those who knew what they were looking for. Our word of mouth trade was amazing.

The shop also had a few small shelves of full price novels.

It was at those shelves, in my first week there that Moonheart written in 1984 by Charles de Lint cast its spell. It fell onto the floor at my feet. Whilst this wasn’t unusual with our packed shelves, I still get an odd feeling when I think about that moment. As if this book actually wanted to be read. The cover art by David Bergen was undeniably part of the enchantment.

I was allowed to read a little in the shop, if it was quiet. I think we sold more Charles de Lint books by having them noticed on the counter. The magic of those David Bergen covers. As I had so much other reading to do for my studies, this is how I read de Lint. In snatches of time, in the in-between places. Late night buses home.

It may have been the cover that grabbed me, but it was Charles de Lint’s writing that owned me.

The mythical and magical woods

After that one book, Charles de Lint catapulted to be being my favourite author.  I read Greenmantle, SpiritWalk, The Little Country, everything, until we ran out of de Lint paperbacks. De Lint stories taught me something that changed the way I looked at the world. I found a way to celebrate always feeling like a misfit at a time when I was in a place where I felt that I didn’t really belong.

Charles de Lint’s urban fantasy stories are rich with relatable folk musicians, bikers, creative thinkers, fringe dwellers, down to earth and relatable female characters and wild gods that walk in urban neighbourhoods. They are true-hearted everyday dreamers and artists. Urban places in countries far away are linked to the magical mythologies of others. In Moonheart, that began with modern downtown Ottawa to the wild mythology of Wales.

The sound of reading

Charles de Lint also included references to celtic folk music, a love that spawned in my 20s. Characters tapped their toes to real bands like Silly Wizard in the text. In the Author’s notes he cited other musical influences the book was written along to.

Those stories helped me see the magic in everyday little things, wherever I was. They also helped me overcome my shyness. At the time, I learned to value the interesting wanderers who would come into the shop on Sunday afternoons especially. Those who wanted small talk with their books. favourite became a bearded wizardly gentleman who I secretly affectionately called ‘Merlin’. He would come in on the weekends and there would be conversations about some very esoteric philosophy. He could have walked right out of a de Lintian novel as an echo of ancient Taliesin.

A series of Charles de Lint books is known as The Newford series. They are all set in a fictional version of Ottawa which straddles the Otherworld, with characters that return throughout the series.

Newford, although fictional became part of my inner cache of imaginary geography. Tamson House, an immense artist share-house with three towers and a “sense of Gothic” still feels like a real place years after reading these books. I would love to wander in the four acre wild garden in the middle, filled with fruit trees, ivy, birch and oak trees and vegetable beds accessed by cobblestone paths.

I’m wasn’t alone in my enchantment with Tamson House. 1998 was the dawn of the graphical web. I found other fans running a mailing list based on the fictional house in the books, Tamson House mailing list (viewable but most hyperlinks are dead)

Someone has now even mapped the theoretical location of Tamson House in Google Maps.

De Lint taught me that hectic urban everyday have their own gentle undercurrent of magic and mystery. You just need to notice it. Sometimes I would even imagine that our humble shop might also magically straddle the Otherworld too. Perhaps the shop would lead right into the Merry Dancers Old Bookshop and Emporium from de Lint’s books. Charles Vess has created a very beautiful illustration of that shop it in the 20th anniversary illustrated edition of Moonheart. One day, I hope a copy falls at my feet in a bookshop.

Ouch, that’s a lot of time. In 1998 you couldn’t just order books online easily. I couldn’t find them in my local library either, so it would be a few years before I moved to the UK and had enough disposable income to continue to explore Charle de Lint’s incredible output.

Now I have a modest shelf of Charles de Lint books, including some special editions I have bought over the years. How I see the world is still influenced every day by these stories that showed me the wonder and wild of everyday magic. A reminder that there is always some way of belonging exactly where you are.

Charles de Lint has given readers decades of stories that have a power far beyond what he might have ever intended to send out into the world. They reached a young girl, living in a council house with her mum and brother and stepfather in the suburban outskirts of a city in Australia. They made the feeling of being an outsider, that feeling of being from the wrong side of the tracks, something to be proud of. I learned to tap deeply into those dream trees growing all around me. I understood how to grow other people through writing.

If I ever met Charles de Lint, I would try feebly to say how lucky I am that those stories came to me in my 20s. I would not be a wisp of the person I am today, without them.